Bert Pope followed his father and grandfather for a career in the construction industry. He retired in 2003 from the Houston Astros Baseball Club where he served as the Astros’ Project Manager for the construction of Minute Maid Park. Bert and his wife, Marcia, met while students at Texas Tech. They live in Temple, Texas, where they are active members of First Baptist Church and are involved in community activities. They know the pleasure of having three grown sons and making a difference in the lives of seven grandchildren. Bert enjoys an occasional fishing trip to the Texas Gulf Coast, traveling, birding and spending time on their ranch near Graham, Texas. Bert presently serves as President of the Marble Retreat Board of Directors. 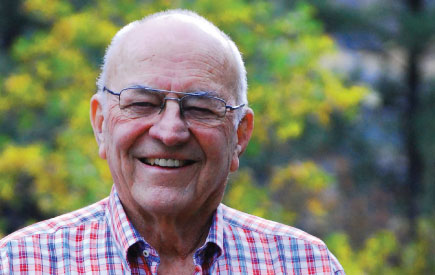 Rick Fambro is a native Texan who grew up in the Dallas area, and after graduating from Southern Methodist University, while playing and later coaching football, has spent the last three and a half decades in the commercial real estate brokerage business, owning his own company, Fairway Group Real Estate, headquartered in Plano, Texas.  More importantly, Rick is married to Jane, who is a retired elementary school teacher, after spending over twenty-five years making a difference in the lives of young children.  Jane is involved in leading and participating in several Bible studies, while Rick is on the DFW Executive Board of the Fellowship of Christian Athletes, as well as the Board of the Heritage Farmstead Museum, a local blackland prairie historic preservation museum.  Rick continues to lead a monthly men’s service and ministry group of longtime friends, known as “Halftime Huddle.”  Rick and Jane are the parents of three grown children and have ten precious grandchildren.  Rick is a major sports fan and also enjoys attending his grandchildren’s activities, raising cattle at his Triple F Ranch, vacationing in Colorado and traveling elsewhere with Jane.  Rick is thrilled to be a member of the Marble Retreat Board and genuinely excited to experience the supernatural things that God is going to do through Marble Retreat in the years to come. 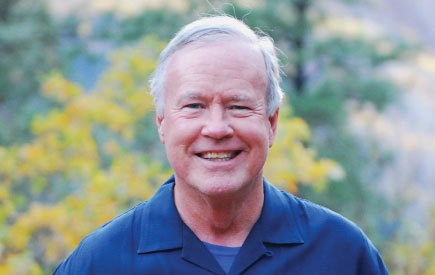 Larry and Bonny Dearing in the same Rochester, MN, church with the McBurneys, were privileged to pray with them in 1971 about the idea God was placing in their hearts for a clergycare retreat “somewhere sometime.” Today they live in Monument, CO, where he is president/owner of the Dearing Agri-Sales Co., a broker and distributor of fertilizer raw materials in the Western U.S. and Mexico. He is a consultant for agricultural retailers throughout the United States, an elder in the Fellowship Bible Church in Colorado Springs, Treasurer of the Marble Retreat Board, and still makes time for biking with Bonny, skiing with their three married children/spouses and five grandchildren–and has the distinction of having climbed 23 of Colorado’s “14-ers” (14,000 peaks). 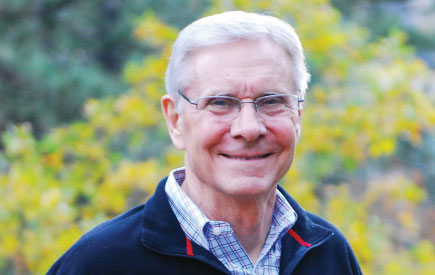 Jim Beck is a retired professor of counseling at Denver Seminary. Trained as a clinical psychologist, Jim served as Chair of the Counseling Division at the seminary for 22 years. He and his wife Ginny are now retired to one of their farms in Clay County, Kansas. A prolific writer, Jim has written eleven books and published more than 125 articles, reviews, and scholarly papers. He will continue editing work with several Christian publishers and will serve as a consulting editor for two professional journals. Jim and Ginny enjoy watching their six grandchildren mature, growing the world’s most delicious tomatoes, and relaxing in America’s heartland. Jim is an ordained American Baptist minister. 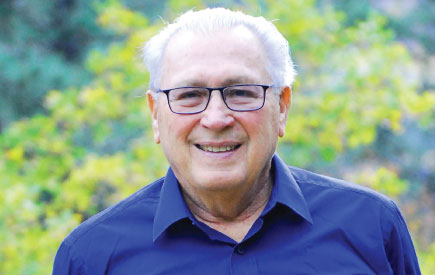 Dave Carder is a native Kansan, even met his wife, Ronnie, while attending seminary in Kansas City. They raised their four children while Dave was serving on staff for three different churches. In 1987 he became Counseling Pastor at the First Evangelical Free Church in Fullerton, California, where he oversees a large lay counseling program and various support groups. He and Ronnie jog almost daily and are currently enjoying eight grandchildren, four of whom live in Turkey on the mission field. His lifelong mission has been to develop and refine treatment for couples attempting to recover from adultery (Torn Asunder: Recovering from an Extramarital Affair). His passion for helping hurting pastors brought him to the Marble Board (and that has enabled him to fly-fish regularly in the Crystal River Valley!). 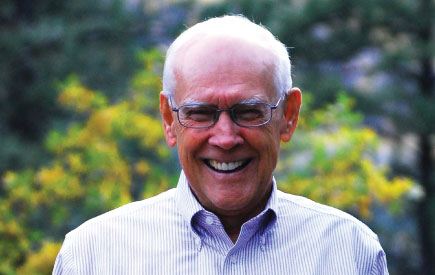 Andrea Meador grew up with Marble Retreat. She is the daughter of Marble Retreat’s founders, Dr. Louis & Melissa McBurney. She lived in the Roaring Fork Valley until she graduated from High School, where she played sports, acted in plays, skied, and went to church in Redstone. Andrea attended Baylor University for 2 ½ years. After working as a nanny in St. Thomas for 6 months she transferred to the University of Texas, Arlington and obtained a Bachelor of Science degree in Architecture. She stayed in the Dallas-Fort Worth area where she met and married her husband. Andrea continues to fill her time by substitute teaching, volunteering at her childrens’ former school, and working for her old architecture firm on an as-needed basis. With their son and daughter away at college Andrea and her husband are empty-nesters in the Dallas-Fort Worth area. 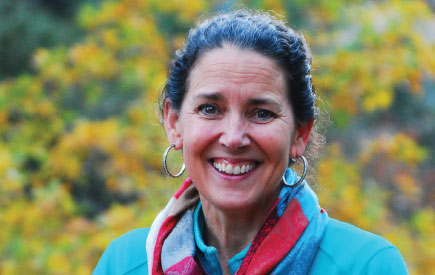 Larry Dupper has been the Chief Financial Officer for Valley View Hospital in Glenwood Springs, Colorado since 1998. Previous positions in Mr. Dupper’s healthcare career include CEO, CFO, and Corporate Regional Finance Director primarily in Colorado and Missouri. Mr. Dupper has been in healthcare administration since 1975.

Mr. Dupper and his wife Pam are the parents of four children. The family enjoys skiing, backpacking, kayaking, Jeeping, and most recently snowmobiling in Colorado and Utah. A native of Colorado, Mr. Dupper has also been a board member of various business, community and religious organizations. Mr. Dupper is currently the President, Board of Directors of the Western Healthcare Alliance, and Chairman of the Board of The Colorado Network (both healthcare non-profit organizations). 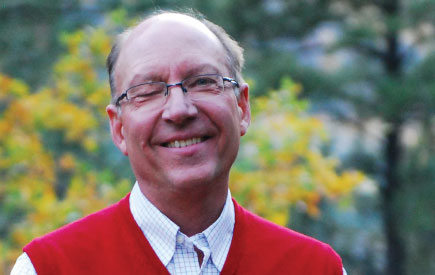 Trey Morris has spent 20+ years in the world of broadcasting and advertising. Born and raised in Dallas, he spent the first 10 years managing radio stations in Dallas and Chicago. While in Chicago, he branched out and ran a full-service advertising agency that specialized in developers and home specialty retailers. In 2008, when the housing market imploded, he jumped back into radio. Over the next 5 years, he launched 3 startup businesses, including his favorite Q BBQ. Q BBQ is Michelin award-winning barbeque restaurant with 5 locations in the Chicago area. In 2013, he left the business world for the ministry world. He joined the ministry of Pastor James MacDonald’s Walk in the Word. As Executive Producer, Trey oversaw his radio ministry and created Walk in the Word Television that airs on TBN worldwide six days week. In 2015, Trey felt the calling of Texas and moved the family back to North Texas, where he is currently the Chief Marketing Officer for the Boenker Group of Companies, a family-owned insurance holding company. Trey has been married for 22 years to Rebecca, his Baylor sweetheart, and father to Haley (17) and Jordan (13). In his spare time, Trey serves as the video director at Milestone Church in Keller, Texas 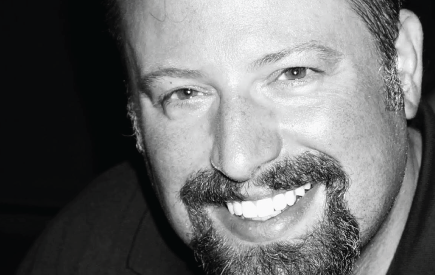 Lisa Rue, Ph. D. has a degree in Educational Leadership and is a certified health educator with 23 years of experience in public education. During her tenure in public education she taught health and sexuality education. She founded the FRIENDS FIRST organization in 1993 and spent 12 years working for the educational non-profit agency where she conducted grant writing and program development raising a 1.2 million dollar annual budget. Currently, Lisa is continuing her research interest in health education and program evaluation as an Assistant Professor in the Applied Statistics and Research Methods program in the College of Education and Behavioral Sciences at the University of Northern Colorado. She has been the Principal Investigator or Co-Investigator on 8 evaluation research projects raising over 10 million dollars to fund evaluation research and program development in the field of abstinence education and reduction of adolescent sexual risk. Her work includes research and development with many popular curricula and projects including the OPTIONS Project at UNC. The OPTIONS Project was developed under the REDI fellowship award program at the University. Dr. Rue was selected by her peers at UNC for the New Grant Writer Award in 2008. She is a popular trainer and has conducted workshops for teachers, school districts, and other health education professionals nationally and internationally for the past 17 years. Happily married since 1986, Lisa is also the mother of two young adults. 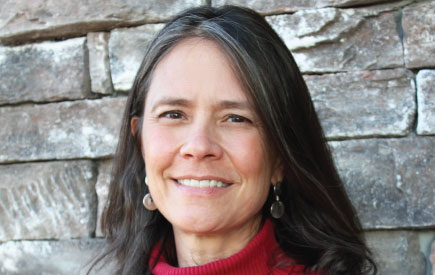 National Board of Reference