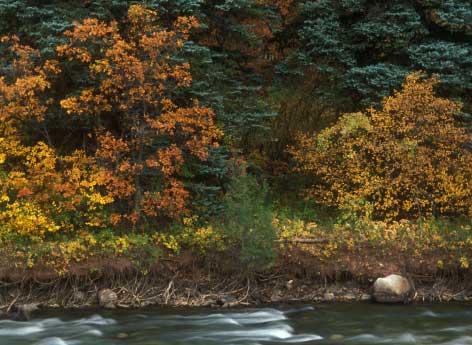 in one God, Creator and Sustainer of all things,
Who exists in three Persons — Father, Son, and Holy Spirit.

in the Bible as the inspired revelation of God and
final authority for living out our faith.

in the deity and humanity of Jesus, his sinless life,
and his miracles; his atoning death and his bodily
resurrection provide the only ground for justification,
forgiveness, and salvation.

in the ongoing work of the Holy Spirit in convicting,
empowering, comforting, and guiding believers.

in the unique and invaluable worth of each individual
based entirely on God’s love and grace.

Drs. Mike and Kari MacKenzie are the directors of Marble Retreat and simultaneously direct the D.Min. program in Pastor Care at Lincoln Christian University. Mike has been a Licensed Professional Counselor (LPC) for 23 years. Kari has been a Psychotherapist for 17 years. Both have completed their Doctorate of Ministry degrees, specializing in Counseling Christian Leaders, from Lincoln Christian University where they did extensive research in this area. They both also have a Master of Arts in counseling and have completed doctoral work in Marriage and Family therapy, as well as completing an MDiv equivalency.

Their background includes a variety of ministry experiences including: Mike’s work as a hospice chaplain for 6 years and Kari’s missionary work in China. As well they served on staff together at LifeBridge Christian Church and Blessing Ranch, an intensive counseling center for clergy. Previous to joining Marble Retreat full-time, they owned and operated MacKenzie Counseling Services for 8 years where they counseled individuals and couples and specialized in working with those in ministry.

Having written two dissertations and many articles on the topic of caring for Christian Leaders, they have a great passion to see healing and restoration brought to those in Christian service. They are proud parents of one son Dylan and bring to Marble Retreat, a great love of the outdoors to go with their rich fund of counseling experience, compassion and deep commitment to serving God and those of the faith. 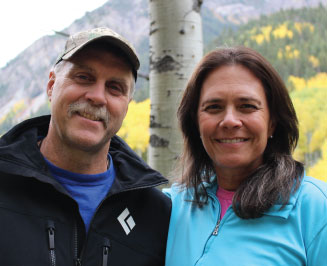 Bob Rue and his wife, Lisa are the host couple at Marble Retreat. After serving as volunteers for a number of years, Bob and Lisa made the move in June 2015 to become full time residents in the Marble Retreat lodge. Bob is an excellent cook and Jeep tour guide. Together they make the lodge a comfortable, hospitable, loving, and fun place for our guests. Bob retired as an elementary physical education teacher this past spring (2015), making it possible for Lisa and him to make this transition. He held that position for 30 years in Longmont, CO. Lisa is an adjunct professor with the University of Northern Colorado and Co-Founder of Preventative Technology Solutions. Bob and Lisa have two grown children, Sarah and Rick and two grandchildren. Bob feels blessed to be caring for God’s people from all around the world in such a beautiful place during this next chapter of his life. 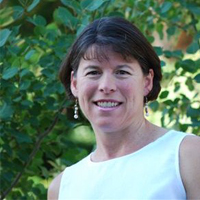 Cheryl Yarrow serves as the office manager of Marble Retreat and is the friendly voice on the other end of the phone in our office. Cheryl and husband Daryl reside in Glenwood Springs where their two daughters are wrapping up their high school years, preparing to launch into college and beyond. After a 15-year hiatus to raise her girls, Marble Retreat welcomed Cheryl back on staff Spring of 2018. Cheryl grew up in Florida, and after graduating from Wheaton College (IL) as a political science major, moved to our Nation’s Capital to be salt and light. There she served leaders in both ministry and public service settings and was active in reaching out to congressional staff and congressional interns. In 1995, God led her across the country to join the Marble Retreat staff, ministering alongside founders Louis and Melissa McBurney, initially as hostess in the retreat lodge. After seven years of serving in a variety of capacities, including using her administrative gifts, Cheryl “retired” to focus on her growing family. Her passion for Marble Retreat and heart for those in ministry never waned over those years, and she’s delighted and grateful to be part of the ministry team again. In looking back over her life, Cheryl clearly sees God’s hand and direction in every season and transition. On a personal note, Cheryl enjoys exploring and experiencing all that Colorado offers – hiking, biking, cross-country skiing and more. She loves classical music and treasures time at the Benedict Music Tent each year during the Aspen Summer Music Festival. She enjoys the great outdoors and God’s majestic creativity and is active in her church. 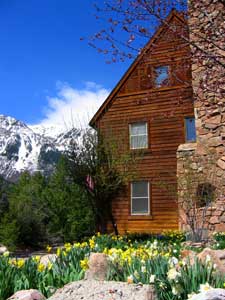 Marble Retreat was born out of the conviction that clergy and others in Christian service, have extreme job demands which can frequently result in symptoms of depression, anxiety, frustration, discouragement and burnout. Worse still and because of their position, they find it difficult to seek help.

These factors, and God’s call, led Mayo Clinic-trained psychiatrist Louis McBurney, M.D. and his wife, Melissa, to begin the ministry of Marble Retreat in 1974, over 40 years ago. Marble Retreat has now served the Christian counseling needs of more than 4,000 Church leaders who have come from every state and more than 60 countries.

In 2003, Steven Cappa, Psy. D., L.P.C., and his wife Patti Cappa LMFT, CAC II, stepped up to carry on the rich legacy of Marble Retreat, assuming the duties as directors, where they served 10 devoted years.

In 2013, Marble Retreat was proud to welcome Drs. Mike and Kari MacKenzie as the new directors of Marble Retreat! They have brought a rich and deep conviction of caring for clergy and believers at large. They had served the ministry since 2007, before stepping into their new roles as Directors. 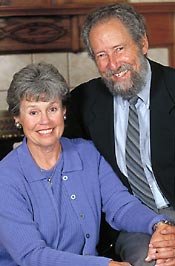 Melissa McBurney is a co-founder and a Marble Fellow. She adds to this her experiences as an author, conference speaker, homemaker, and mother of three adult children (Bruce, Andrea, and Brent) and a delighted grandmother! She adds decades of Christian counseling experience to her BA from Baylor University and brings to group sessions her valuable insights, rich female perception and deeply personal spiritual maturity.

The late Dr. Louis McBurney, co-founder and Marble Fellow, received his BA and MS degrees from Baylor and his MD from Baylor College of Medicine in Houston where he was named Outstanding Student in Psychiatry. He was chosen the Outstanding Intern in Internal Medicine at Houston’s Methodist Hospital. After three years as a General Medical Officer in the Navy, Dr. McBurney completed his psychiatric specialty training at the Mayo Clinic. There he was chosen by the Mayo Psychiatric Section and the American Psychiatric Association for a Faulk Fellowship.

While at Mayo, Louis and Melissa became aware of the pressures felt by those in Christian ministry. From that awareness grew a conviction of God’s call to establish a Christian counseling center for clergy and their spouses. After a year of further training in London, they ventured out to the Colorado Rockies to answer that call. In February 1974, the first group was held and, over time, Marble Retreat became a reality.

Dr. McBurney was certified by the American Board of Psychiatry and Neurology (ABPN). He wrote numerous articles and books including: Christian Sex Rules: A guide to what’s allowed in the bedroom, Every Pastor Needs A Pastor, Counseling Christian Workers, and Real Questions, Real Answers About Sex (Zondervan Book Publishers).

On January 20, 2009 Louis McBurney quite suddenly and shockingly succumbed to head injuries he’d unknowingly suffered approximately two months earlier, the result of a fall he suffered while descending his garage attic ladder.