Skip to content
Trey Morris – Our Newest Board Member 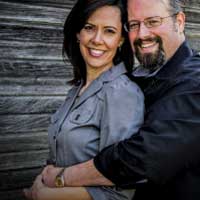 Trey Morris has spent 20+ years in the world of broadcasting and advertising. Born and raised in Dallas, he spent the first 10 years managing radio stations in Dallas and Chicago. While in Chicago, he branched out and ran a full-service advertising agency that specialized in developers and home specialty retailers. In 2008, when the housing market imploded, he jumped back into radio. Over the next 5 years, he launched 3 startup businesses, including his favorite, Q BBQ. Q BBQ is Michelin award-winning barbecue restaurant with 5 locations in the Chicago area.

In 2013, he left the business world for the ministry world. He joined the ministry of Pastor James MacDonald’s Walk in the Word. As Executive Producer, Trey oversaw his radio ministry and created Walk in the Word Television that airs on TBN worldwide six days a week. In 2015, Trey felt the calling of Texas and moved the family back to North Texas, where he is currently the Chief Marketing Officer for the Boenker Group of Companies, a family-owned insurance holding company. Trey has been married for 22 years to Rebecca, his Baylor sweetheart, and father to Haley (17) and Jordan (13). In his spare time, Trey serves as the video director at Milestone Church in Keller, Texas.